starting a God-centered school for at risk youth is crazy

We believe the nationwide education crisis in under resourced communities stems from a famine of imago Dei education. In 1999, God used a dear friend, and a timely sermon, to give Russ Gregg the courage to quit his job and do something crazy: start a school for his neighbors’ children. Over 20 years have learned from many people, and through trial and error.

If you are being called to start a new God-centered school in your home city, we are ready to partner with the Lord and you in this critical work. You only get one chance to start, and we want to help you start well. 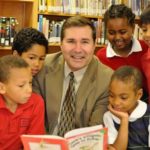 Russ Gregg (B.A., Global Studies, University of Wisconsin-Madison) has served as Head of School since Hope Academy’s founding in 2000. He has been a resident of the Phillips neighborhood since 1994. In 1999, he was an administrator at Calvin Christian School in Edina, and quit his job to help lay the groundwork for a Christian school for his urban neighbors. Russ and his wife Phyllis, who teaches 3rd grade at Hope Academy, live four blocks away from the school. They have three grown children. Russ serves on the Board of Directors of the Society for Classical Learning. Russ Gregg is available to serve as a speaker or panelist. 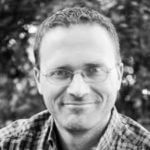 Dan Olson serves as Executive Director of Spreading Hope, where he oversees strategic vision, networking urban Christian educators, and serving aspiring school planting groups in discerning the call to start and lead new schools in their communities. He most recently worked at The Gospel Coalition, where he directed the donor ministries team. Previously, he oversaw development and operations at Hope Academy for nine years, and has advised dozens of non-profits, including school planting groups in cities around the country. Dan began his career in Christian Education at Minnehaha Academy, where he taught English Literature, Speech and Debate. He received his bachelor’s degree in communications from Wheaton College (IL), and a master’s degree in Christian Studies (church history concentration) from Regent College (Vancouver, Canada). He serves on the board of directors of Hope Academy, and lives with his wife and four children in Minneapolis, Minnesota. 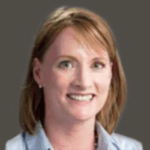 Debbie Harris graduated from Azusa Pacific University with a Bachelors Degree in Liberal Studies (with a California K-8 certification) and has spent fifteen-plus years as a classroom educator, primarily in the elementary grades. She has taught at Foundations Academy in Boise, Idaho and at Hope Academy in Minneapolis, Minnesota, where she has also served as Dean of Teaching Staff and Curriculum. Debbie has focused on mentoring teachers in classroom management strategies and classical techniques since 2002. She has also been a speaker and consultant with the CiRCE Institute. She lives in Oakdale, Minnesota with her husband and two sons.

Dr. Vernard Gant (DMin, Trinity Evangelical Divinity School) is the director of the A.C.E. Student Success Center with the Association of Christian Schools International (ACSI) (acsi.org), where he is responsible for overseeing over 200 Christian schools throughout the nation that target non-white, under-resourced children. Dr. Gant has been with ACSI for 13 years. Dr. Gant also started and ran a scholarship program to enable moderate and low income children to attend private school and helped start two Christian schools serving low-income children in Birmingham, AL. He currently serves on the executive board of the Black Alliance for Educational Options and the Alliance for Choice in Education.

Jeff Blamer (MS, Purdue University; B.A., Calvin College) serves as the vice president of member services with Christian Schools International (CSI) where he provides encouragement, support, advice, and guidance to member schools and leaders. Prior to joining the leadership team of CSI in 2010, he served as a principal in the Kalamazoo (MI) Christian Schools for 26 years. Jeff and wife Karen celebrate the joy of three children, two of whom are Christian school teachers, and six grandchildren. Next to faith and family, their passion is biblical study in the land of Israel.

Karen Brown (MBA, Harvard Business School) is the president of Edge Brown Consulting Group. She consults with both Fortune 500 companies and non-profit organizations. She is passionate about Christian education and access for under-resourced communities. She and her husband, Bill, live in St. Paul, Minnesota and are the proud parents of three grown boys.

Eric Cook (M.A., Northern Kentucky University; B.A, Transylvania University) is the Headmaster at Covenant Classical School in Fort Worth, TX and serves as Executive Director of the Society for Classical Learning. He has served as an assistant principal, taught history, civics, philosophy, and psychology for five years in public schools, and served as Upper School Head at Faith Christian School in Roanoke, VA before becoming Headmaster at Covenant in 2009. He has served on the SCL board since 2012. Eric is married to Liz and they have six children: Haydon, Olivia, Grant, Cole, William, and Lincoln.

George Sanker (M.A., Reformed Theological Seminary) has served as Headmaster of The Covenant School since 2011. Working in education since 1996, George has served as principal of two charter schools in Washington, D.C. and Longmont, Colorado. He began his career in education in private Christian schools where he taught history and theology to middle and high school students. After college, he served his country as an officer in the Central Intelligence Agency where he specialized in data pertaining to Southeast Asia. George is currently ABD in sociology at the University of Virginia. He and his wife, Jeannette, have six children.

Kent Vanderwood (MA, Ed. Leadership, Western Michigan University; B.S., Grand Valley State University) is a Vice President and Senior Consultant with The Timothy Group. Since 1981, The Timothy Group has assisted more than 1,600 Christian organizations with their annual, capital, and endowment needs worldwide. Kent has over 35 years of non-profit experience including teaching, administrative, consulting, and directorships. Through his work as Development Director for The Potter’s House, Gospel Communications International, and Mel Trotter Ministries, Kent brings a wealth of experience in fundraising and development. His passion for seeing Christian stewardship principles applied in a systematic way helps the non-profit organization or ministry be successful in fulfilling its mission.

Brad Pieper (MBA, Kellogg School of Management, Northwestern University) is the President of Eurofins Technologies North America. He previously served as the VP of sales and marketing for Microbiologics. For five years, he was a managing consultant with McKinsey & Company, where he assisted in K-12 education reform initiatives with Minnesota’s Department of Education. He also led soldiers during combat in Iraq as a Field Artillery officer in the United States Army, and is a graduate of the United States Military Academy at West Point. Brad is an active outdoorsman enjoying big-mountain skiing, waterskiing, ice hockey, and single-track mountain biking. He has a passion for urban classical education and serves on the board of both Spreading Hope Network and Hope Academy.

Jeff Bird (J.D., CLU) was the co-founder of Hope Academy, where he served as Board President from 2000-2019. Mr. Bird grew up on a farm near Marcus, Iowa and has also helped start the Hope Farm School. Since 1991, he has worked with NBW Insurance (previously The Brehm Group), with expertise in individual life insurance, qualified and non-qualified retirement plans, and estate planning as well as serving as General Counsel for the company. Mr. Bird has previously served on the boards of the Pilgrim Center for Reconciliation, The Gospel Association of India, and Total Victory Christian Center. He enjoys mentoring youth and leading a men’s weekly Bible study group. Mr. Bird is married with six children and lives in Minneapolis.

Taking a proven model, the Spreading Hope Network exists to kick-start God-centered schools for children of the city. We like to speak via zoom with you and then invite you to join us for a visit as we help you sharpen your dream of a new school launch!

Join us for a Plunge!

1. Contact us! — Reach out to us today for a one-hour zoom call with a member of the Spreading Hope Network team.

2. Take the Plunge — We host you for an on-site visit and give you guided reading and resources to start you on your journey.

3. Assess & Prepare — We provide a visionary leader screening and strategic launch assessment that is tailored to your school. We also provide logistical advice and direction in assembling your school’s launch team and preparing for our founders program.

“I am so thankful for Hope Academy and
Spreading Hope. We started our school in 2014 and now serve 80 students in grades K-5. I can’t imagine where we would be
without their support and direction.”
Doug Fern

But when you give a banquet, invite the poor, the crippled, the lame, the blind, and you will be blessed. Although they cannot repay you, you will be repaid at the resurrection of the righteous.”— Luke 14:13-14 (NIV)

Checks may be payable to “Spreading Hope Network” and mailed to:

We select Founders from among our Fellows for a two-year school planting partnership through to launch. 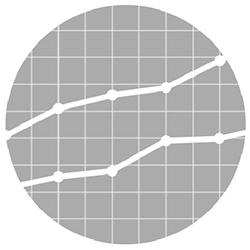 14 months pre-launch
We facilitate an initial one, five and ten year strategic plan and help you outline a path to launch. 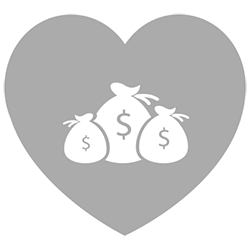 11 months pre-launch
We help you inspire Partners with a case statement, a vision event with Russ Gregg, and careful follow-up. 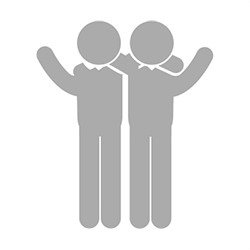 9 months pre-launch
We guide as you canvas your area to enroll target families and raise awareness. 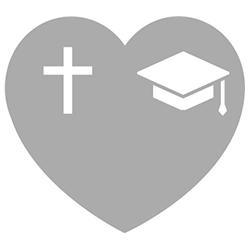 3-5 months pre-launch
We help you hire teachers and staff, including a search for your director of development. 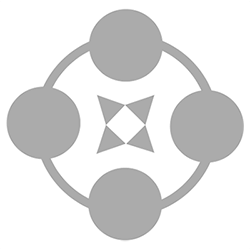 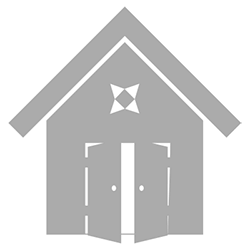 September-July of launch year
We advise you in your launch year as you contextualize and adapt the model. 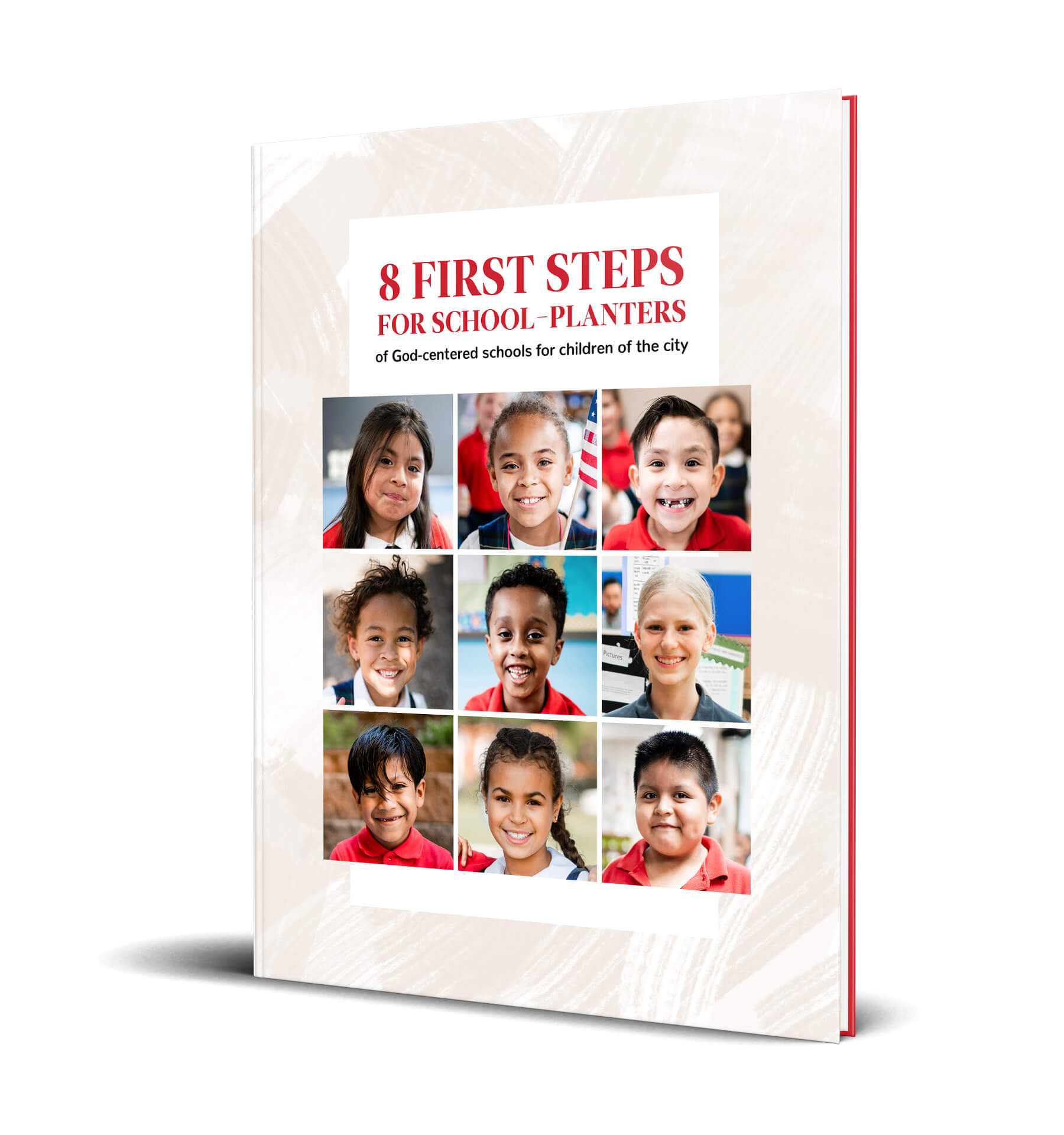 Kickstart your own school

Subscribe to our monthly newsletter, and we'll send you a free white paper — "8 First Steps for School Planters". We’ll also send you a free ebook from Russ Gregg: “The Mark of God and Our Education Crisis.”

I am so thankful for Hope Academy and the Spreading Hope team. We started our school for low income urban youth in 2014 and are now serving nearly 80 students in grades K-5. I simply can’t imagine where we would be without their support and direction.
Doug Fern